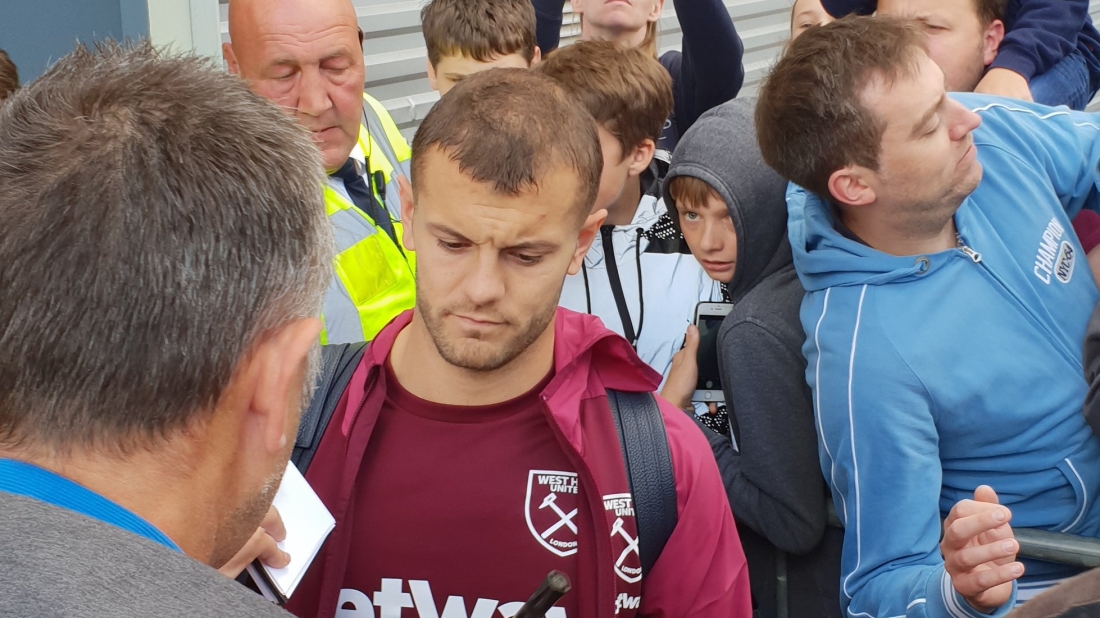 As we approach the start of a new Premier League season, there are plenty of pundits being asked for their previews and predictions for the year ahead. The Observer did it differently, though. They asked a supporter from each team to write their predictions of where their team would finish and I was struck by the uniformity of their responses. The supporters of the “top six” teams were confident that their teams would either win the league or at least finish in a Champions League place, supporters of the teams widely predicted, by others, to be relegated said their clubs would finish one place above the relegation zone in 17th and all the others more or less said their teams would finish between 8th – 12th place. None of the predictions were outlandish or completely overblown, but they all were at the top end of expectations. That was because all of them were written from a position of optimism.

Fans generally start a new season feeling optimistic. They think “the last year has been put to bed and this new year will be better”. No doubt there will have been a signing or two to add strength to the team or to shore up the obvious flaws from the last season. The manager would have been able to see where they needed to strengthen and, in theory, will have done so. The results from the pre season friendlies might have been disappointing, but they can be discounted as meaningless. We all have stories of how a bad pre season did nothing to foretell the great year ahead (West Ham – summer 1985). Anything can happen in the first few games and a “couple of wins takes the pressure off and allows the team the space to properly find their feet”

As a West Ham fan, I have often made my way to an early season game, eager to see a new signing and hopeful of the impact they would make. On 3rd Sept 1988, I remember going to Upton Park to see our new striker, David Kelly, make his home debut against Charlton. We lost 3-1 and at the end of the season were relegated. One defeat doesn’t make a season, though, and early defeats don’t entirely put paid to your optimism. I reckon it takes about five games to really do that. Jump to 2010. We hadn’t spent much money in the summer but had brought in quite a few new players (Winston Reid was among them, as was Freddie Piquionne). We went to Villa Park, for the season opener, with hope, but were thumped 3-0, followed by a 3-1 loss at home to Bolton, a 3-0 defeat at Old Trafford and another 3-1 defeat at home to Chelsea. So, in this year it took just four games for me to see the writing on the wall. Not surprisingly we were relegated, in last place, at the end of the season. (Of course it doesnt always work like that. Last year Crystal Palace lost their first seven games without scoring a goal and survived, whereas West Brom won their first two matches, but ended up being relegated)

The strange thing about this high level of optimism at the start of the season, is that football fans are generally known for being ‘moaners’. Tune in to any football phone-in programme and you’ll hear the regular football fan berate their team, the referee, the other side…, anything, really. Social media can also be vicious. I’m sure we all know people, football fans or not, whose glass is half full, but also plenty more who have it half empty. We like to position people as one or the other, positive or not, whereas I’m sure there is a spectrum like everything else. Another way to characterise this dichotomy, is to seperate people into the ‘plumbing’ metaphor of drains or radiators. I know people who radiate positivity, but my goodness I also know some who are real ‘drains’.

Its generally accepted, by health professionals, that optimism is a positive thing for ones mental health and that negative thinking can have a serious detrimental effect. Cognitive Behaviour Therapy, which is a common tool of the modern NHS focuses on people’s negative thoughts by getting them to recognise and tackle them. One of the “thinking errors” in CBT is “catastrophising”, which is when you consider something negative that happens, as more serious than it really is (“it always happens to me / it’s a total disaster”). This seems to me to be the default view of many football fans on social media.

Optimism is also a factor for the players and the manager. Confidence, in a player, can improve their performance (think of the striker who is sure they will score every week, as opposed to another, with equal ability, who hesitates out of fear). Therefore, managers spend a lot of time focussing on this. They certainly try to create a positive environment around the squad. This is something that those of us who have run drama workshops know something about too (especially if you are working with low confidence participants in the community). You have to ease them into it. One of the tools at your disposal is to make it a very positive environment. I did a week-long series of workshops in Bulgaria with adults with a learning disability and the only words I learnt to say in the Bulgarian language were “good”, “great”, “excellent”, etc. The difference between the timid group at the start and the noisy group at the end was immense. So much so that our hosts from Varna kept asking me what the secret was. All I could say to them was “I told them they were great!” A positive environment is key, therefore, to draw the best out of people (tempered with some specific pointers as to how to improve) and perhaps the positive noises that come out of a football club in pre-season rub off on the spectators.

The difficult thing for football fans though (as opposed to players or managers), is that they have no control over the outcome. It is a vicarious belief in someone else, acting on your behalf. Is this good for your mental health? What if it does go wrong and (like in 1988-89 and 2010-11) the team that you have invested some much emotion into, let you down? Well, then, at least you can blame them and not yourself for what went wrong. You are cushioned from the psychological blow of failure, whereas the players are not.

Perhaps this ‘distancing’ gives us football fans a freer reign to be optimistic, at the start of the season, therefore. Perhaps we can invest more hope in the team, because ultimately we have a safety valve that protects us from great disappointment. The same distancing effect probably leads to fans, at a later point, talking total sh#t on phone-ins or on social media, because then they can blame other people rather than themselves for what has gone wrong (“they are not fit to wear the shirt!” carries with it the suggestion that the spectators are). They can also say what the manager should do, safe in the knowledge that their views are never going to be tested.

The start of a new season, though, is that moment in time when anything is possible. The slate has been wiped clean and we are starting again. It’s a unique moment for us all. It is a moment of great hope and optimism. When Leicester came to Upton Park for our first home game of 2015-16, we were disappointed to lose 2-1; a result that tempered our enthusisam after a 2-0 victory at Arsenal the week before. I doubt anyone in the ground thought then that Leicester would go on to win the league. Now, the memory of that, helps us to dream. Maybe this year will be our time… (to finish 8th)!

So the start of the season is a unique moment of optimism for football fans. It is a time to dream and imagine a better world. Wouldnt it be great if it also heralded a moment for us to think more positively about our lives too? A chance to see the potential in the year ahead. It would also be good for our mental health.

I am Head of Stage and Screen at Sheffield Hallam University, a husband and father and keen West Ham fan View all posts by ponderingsonperformance

2 thoughts on “A moment of optimism”